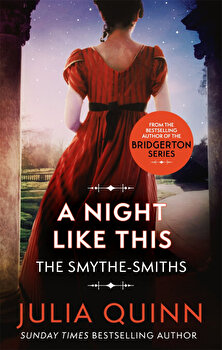 
The second book in the Smythe-Smiths, a dazzlingly witty series by the bestselling author of Bridgerton. Anne Wynter's job as governess to three highborn young ladies can be a challenge - in a single week she finds herself hiding in a closet full of tubas, playing an evil queen in a play and tending to the wounds of the oh-so-dashing Earl of Winstead. After years of dodging unwanted advances, he's the first man who has truly tempted her, and it's getting harder and harder to remind herself that a governess has no business flirting with a nobleman. Daniel Smythe-Smith might be in mortal danger, but that's not going to stop the young earl from falling in love. And when he spies a mysterious woman at his family's annual musicale, he vows to pursue her. But Daniel has an enemy, one who has vowed to see him dead. And when Anne is thrown into peril, he will stop at nothing to ensure their happy ending . . . 'Light, pacy and full of feisty heroines' Guardian on the Bridgerton series