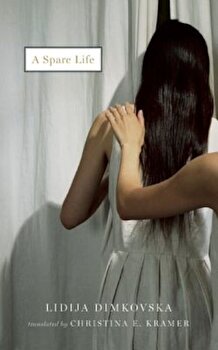 
Zlata and Srebra are 12-year-old twins conjoined at the head. It is 1984 and they live in Skopje, which will one day be the capital of Macedonia but is currently a part of Yugoslavia. A Spare Life tells the story of their childhood, from their only friend Roze to their neighbor Bogdan, so poor that he one day must eat his pet rabbit. Treated as freaks and outcastseven by their own familythe twins just want to be normal girls. But after an incident that almost destroys their bond as sisters, they fly to London, determined to be surgically separated. Will this be their liberation, or only more tightly ensnare them? At once extraordinary and quotidian, A Spare Life is a chronicle of two girls who are among the first generation to come of age under democracy in Eastern Europe. Written in touching prose by an author who is also a master poet, it is a saga about families, sisterhood, immigration, and the occult influences that shape a life. Funny, poignant, dark, and sharply observed, Zlata and Srebra reveal an existence where even the simplest of actions is unlike any we ve ever experienced. "

Road Sides: An Illustrated Companion to Dining and Driving in the American South, Hardcover/Emily Wallace

Child from the Sea, Paperback/Elizabeth Goudge

Lamb in His Bosom, Paperback/Caroline Miller

The Hunchback of Notre-Dame, Paperback/Victor Hugo

...and One Slice with Anchovies!: A Crankshaft Collection, Paperback/Tom Batiuk