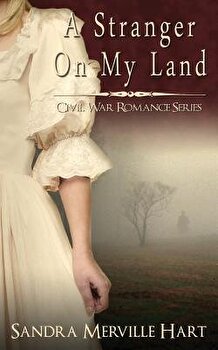 A Stranger on My Land, Paperback/Sandra Merville Hart


Description Carrie and her little brother, Jay, find a wounded soldier on their land after a battle which later became known as "The Battle Above the Clouds." Adam, a Union soldier, has been shot twice in the arm. Though Carrie is reluctant to take Adam to their cave where her family hides their livestock from both armies, she cannot turn her back on him. But her Aunt Lavinia, bitter over what Yankees have done to their land, urges Carrie to allow Adam to die. Carrie refuses, but cannot remove the bullets. Adam's friendship with Jay softens her heart toward him. It's not long until his gratitude and teasing manner spark a friendship between the young couple. Even though Carrie's father fights for the Confederacy in far-off Virginia, her feelings for the handsome young soldier begin to blossom into love. When Adam's condition worsens, Carrie knows a Union surgeon is needed to save his life. How can she accomplish this and keep her family's hiding place a secret? About the Author Sandra Merville Hart serves as Assistant Editor for DevoKids.com for which she has written many articles about people, holidays, and events in history. Sandra loves to uncover little-known facts about our American History and use them in her stories. She lives in the Midwest with her husband and daughter.