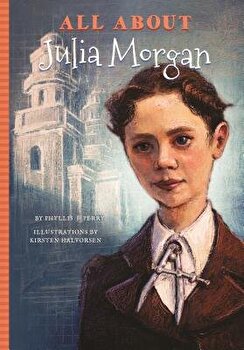 
Julia Morgan was born into a world that doubted the ability of women, but her mother and grandmother taught her not to listen. Not only did she graduate college as the only woman in her class getting a degree in civil engineering, she went on to attend Beaux-Arts in Paris. As the best architecture school in the world, many were surprised when she passed the entrance exams, and even more so when she finished the five-year program in three years After becoming the first woman to receive and architecture license in California, she opened her own business and was quickly singled out by William Hearst, who admired her imaginative style and unique projects. With his funding, she built Hearst Castle, one of the most famous buildings in California. It was her largest and most complex project, but by no means her last. She went on to build and advocate for the YWCA and Mills College, which both worked to advance women's opportunities.