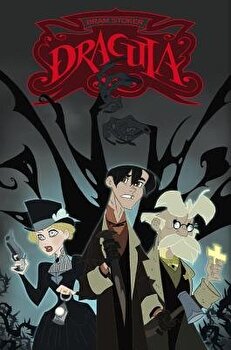 
Description Everyone's favorite bloodsucker is captured in a spine-tingling graphic novel. In 1897, Bram Stoker gave the world one of literature's most compelling characters--and, since then, Dracula has thrilled and terrified generations of fans. Now the evil Count Dracula comes alive in an electrifying graphic novel that follows the vampire from his looming and ominous castle in Transylvania to Victorian London. Michael Mucci translates the tale and Ben Caldwell has created action-packed images--with meticulous attention paid to the finer details in each piece of art, from facial expressions to the historical accuracy of costuming, architecture, and heraldry. Young readers will be completely transfixed About the Author Ben Caldwell has written and illustrated various graphic novels, including the award-nominated The Dare Detectives , Sterling's All-Action Classics adaptations, and Wonder Woman . He is also the creator of Sterling's Action Cartooning books and fills out his time as a toy designer, animator, and game artist. Writer Michael Mucci has a background in animation, but is best known for his toy designs for Spider-Man , Lord of the Rings , Blade , and other film and comic properties.