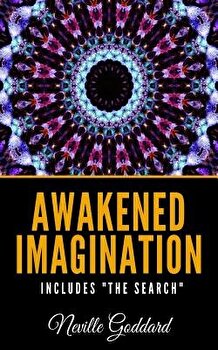 
Description Certain words in the course of long use gather so many strange connotations that they almost cease to mean anything at all. Such a word is imagination. This word is made to serve all manner of ideas, some of them directly opposed to one another. Fancy, thought, hallucination, suspicion: indeed, so wide is its use and so varied its meanings, the word imagination has no status nor fixed significance. For example, we ask a man to "use his imagination," meaning that his present outlook is too restricted and therefore not equal to the task. In the next breath we tell him that his ideas are "pure imagination," thereby implying that his ideas are unsound. We speak of a jealous or suspicious person as a "victim of his own imagination," meaning that his thoughts are untrue. A minute later we pay a man the highest tribute by describing him as a "man of imagination." Thus the word imagination has no denite meaning. (...) There is only one thing in the world. Imagination, and all our deformations of it. - Taken from "Awakened Imagination" written by Neville Goddard

The Ultimate Thread Guide. Everything You Need to Know to Choose the Perfect Thread for Every Project, Paperback/Becky Goldsmith

The Book of Donuts: The Most Delicious, Fluffiest, Mouth-Watering Donut Recipes Ever!, Paperback/Allie Allen

At Home in the Dark, Paperback/Joe Hill