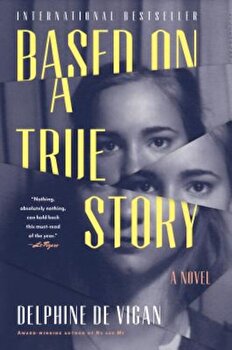 
The international hit that sold half a million copies in France: a chilling work of fiction--but based on a true story--about a friendship gone terrifyingly toxic and the nature of reality. Winner of Le Prix Renaudot 2015 Winner of Le Prix Goncourt des Lyceens 2015 Overwhelmed by the huge success of her latest novel, exhausted and suffering from a crippling inability to write, Delphine meets L. L. embodies everything Delphine has always secretly admired; she is a glittering image of feminine sophistication and spontaneity and she has an uncanny knack of always saying the right thing. Unusually intuitive, L. senses Delphine's vulnerability and slowly but deliberately carves herself a niche in the writer's life. However, as L. makes herself indispensable to Delphine, the intensity of this unexpected friendship manifests itself in increasingly sinister ways. As their lives become more and more entwined, L. threatens Delphine's identity, both as a writer and as an individual. This sophisticated psychological thriller skillfully blurs the line between fact and fiction, reality and artifice. Delphine de Vigan has crafted a terrifying, insidious, meta-fictional thriller; a haunting vision of seduction and betrayal; a book which in its hungering for truth implicates the reader, too--even as it holds us in its thrall.