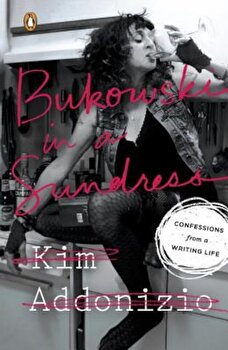 
Somewhere between Jo Ann Beard s The Boys of My Youth and Amy Schumer s stand-up exists Kim Addonizio s style of storytelling . . . at once biting and vulnerable, nostalgic without ever veering off into sentimentality. Refinery29 Always vital, clever, and seductive, Addonizio is a secular Anne Lamott, a spiritual aunt to Lena Dunham. Booklist A dazzling, edgy, laugh-out-loud memoir from the award-winning poet and novelist that reflects on writing, drinking, dating, and more Kim Addonizio is used to being exposed. As a writer of provocative poems and stories, she has encountered success along with snark: one critic dismissed her as Charles Bukowski in a sundress. ( Why not Walt Whitman in a sparkly tutu? she muses.) Now, in this utterly original memoir in essays, she opens up to chronicle the joys and indignities in the life of a writer wandering through middle age. Addonizio vividly captures moments of inspiration at the writing desk (or bed) and adventures on the road from a champagne-and-vodka-fueled one-night stand at a writing conference to sparsely attended readings at remote Midwestern colleges. Her crackling, unfiltered wit brings colorful life to pieces like What Writers Do All Day, How to Fall for a Younger Man, and Necrophilia (that is, sexual attraction to men who are dead inside). And she turns a tender yet still comic eye to her family: her father, who sparked her love of poetry; her mother, a former tennis champion who struggled through Parkinson s at the end of her life; and her daughter, who at a young age chanced upon some erotica she had written for Penthouse . At once intimate and outrageous, Addonizio s memoir radiates all the wit and heartbreak and ever-sexy grittiness that her fans have come to love and that new readers will not soon forget."