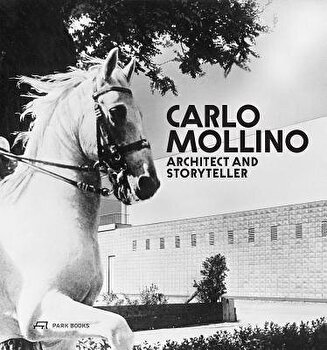 
Description Italian architect and designer Carlo Mollino (1905-73) is known to many for his furniture designs. Although none of Mollino's designs were mass-produced, they command high prices among collectors of twentieth-century furniture and are part of the collections of major design museums. Others recall Mollino for his large secret stash of erotic Polaroids, taken throughout the 1960s and recovered among his personal effects after his death. The risqu photos have been the subject of several exhibitions and have inspired fashion designers, including Jeremy Scott, who drew on them when creating a recent collection for Moschino. Much less attention has been devoted to Mollino's contribution to architecture. With Carlo Mollino: Architect and Storyteller , Napoleone Ferrari and Michelangelo Sabatino offer the first carefully researched and comprehensive study of Mollino's architectural work. Drawing on rich archival materials, as well as Mollino's own writings, they argue persuasively that, while Mollino realized relatively few projects, his contributions to architecture--and, in particular, the modernist movement--are both significant and distinctive due to Mollino's strong affinity with surrealism. The book features both built and unrealized projects, including masterpieces like the Teatro Regio and the Torino Chamber of Commerce and early, lesser-known works like the Torino Horse Riding Club and the Lago Negro chairlift station in the Italian Alps. Lavish illustrations and essays by Ferrari and Sabatino round out this overdue tribute to an extraordinary personality of twentieth-century architecture. About the Author Napoleone Ferrari is an author and editor and director of Museo Casa Mollino in Torino. Michelangelo Sabatino is a Chicago-based architect and historian. From 2017 to 2018, he was interim dean of the Illinois Institute of Technology's College of Architecture.

Where Is the Vatican?, Paperback/Megan Stine

How Buildings Learn: What Happens After They're Built, Paperback/Stewart Brand

The City of Tomorrow: Sensors, Networks, Hackers, and the Future of Urban Life, Hardcover/Carlo Ratti

The Projective Cast: Architecture and Its Three Geometries, Paperback/Robin Evans