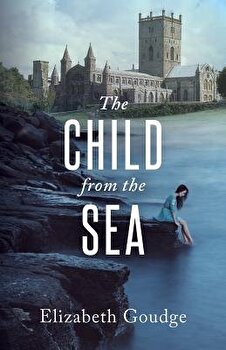 Child from the Sea, Paperback/Elizabeth Goudge


Against the pomp and pageantry of turbulent seventeenth-century England, Elizabeth Goudge weaves the poignant tale of Lucy Walter, the proud and beautiful secret wife of Charles II. Here is a subtle portrait of a deeply good and fascinating woman. From her early childhood in a castle by the sea in Wales evoked as only Elizabeth Goudge can evoke the joys and pangs of childhood to her tragic estrangement from the king and her death in Paris at the age of twenty-eight, Lucy Walter lived to the full a life of intense joy and equally intense drama. Miss Goudge portrays brilliantly a young love almost too ecstatic to bear. Equally moving is her characterization of Lucy a spirited woman caught up in the cataclysmic wars and disruptive revolution of a tumultuous era. London at the time of the Great Fire, Paris when British royalty fled to the sanctuary of the Louvre, Brussels and The Hague against this rich panoramic background a master storyteller traces the life and loves of an extraordinary woman. "The Child from the Sea" is a superbly colorful and romantic historical novel alive with brilliant cameos and infused with a spiritual essence rare in our times." About the Author: Elizabeth Goudge (1900 1984) was a British novelist born into the home of an Anglican priest and theologian. She wrote children s books as well as novels her "Green Dolphin Street" was made into a 1947 Academy-Award winning film starring Lana Turner, Van Heflin, and Donna Reed. In style and themes she parallels English writers such as the creator of the Miss Read series, as well mirroring the spiritual depth found in George MacDonald s Victorian novels. A Fellow of the Royal Society of Literature, she won the Carnegie Award in 1947 for "The Little White Horse," which is J. K. Rowling s favorite children s book."