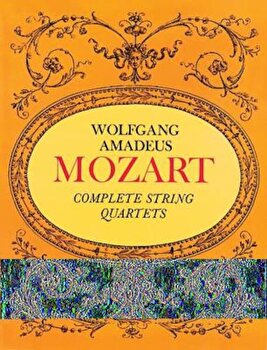 
This single volume contains all the string quartets of Mozart: the little-known early quartets in an Italianate manner composed between 1770 and 1773: the six quartets dedicated to Franz Josef Haydn (1782 85); the D Major Quartet (K.499) composed in 1786; and the last three quartets (1789-90) written for the King of Prussia. In addition to the 23 string quartets, the volume contains an alternate slow movement to the G Major Quartet, K. 156. The music is photographically reprinted from the Breitkopf & Hartel printed score, still considered the standard, authoritative edition for the Mozart quartets. Noteheads in this edition have been reproduced in a size large enough to be read easily from a music stand or the keyboard, and margins and spaces between staves are conveniently wide to permit written notes, harmonic analysis, fingerings, and running measure numbers. This edition is practical for study, reference, enjoyment virtually any use."

I Am Morbid. Ten Lessons Learned From Extreme Metal, Outlaw Country, And The Power Of Self-Determination, Paperback/Joel McIver

A History of Opera, Paperback/Carolyn Abbate

Far and Wide: Bring That Horizon to Me!, Paperback/Neil Peart

Great Operas of Puccini. Short Guides to all his Operas, Hardback/Michael Steen

The Faith We Sing Pew Edition with Cross and Flame, Paperback/Abington Publishing