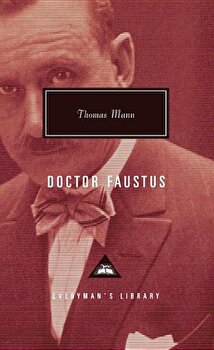 
Thomas Mann wrote his last great novel, Doctor Faustus , during his exile from Nazi Germany. Although he already had a long string of masterpieces to his name, in retrospect this seems to be the novel he was born to write. A modern reworking of the Faust legend in which a twentieth-century composer sells his soul to the devil for the artistic power he craves, the story brilliantly interweaves music, philosophy, theology, and politics. Adrian Leverkuhn is a talented young composer who is willing to go to any lengths to reach greater heights of achievement. What he gets is twenty-four years of genius--years of increasingly extraordinary musical innovation intertwined with progressive and destructive madness. A scathing allegory of Germany's renunciation of its own humanity and its embrace of ambition and nihilism, Doctor Faustus is also a profound meditation on artistic genius. Obsessively exploring the evil into which his country had fallen, Mann succeeds as only he could have in charting the dimensions of that evil; his novel has both the pertinence of history and the universality of myth. Translated from the German by H. T. Lowe-Porter

The Phantom of the Opera, Paperback/Gaston LeRoux

I Will Find You: Solving Killer Cases from My Life Fighting Crime, Paperback/Joe Kenda

Warrior Workouts, Volume 1: Over 100 of the Most Challenging Workouts Ever Created, Paperback/Stewart Smith

Life with My Family, Hardcover/Renee Hooker

People of the Book, Paperback/Geraldine Brooks