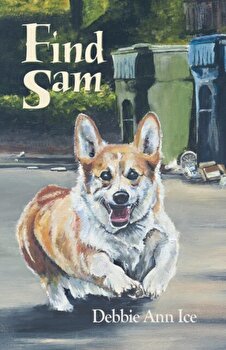 
Marcy is a distracted, anxious, and unethical young adult who can barely focus on her dog-walking job. Her personal life is challenged by caring for her mentally-ill brother and her non-coping mother. When she loses her client's corgi, Sam, the attention sets off a dog search that explodes on social media and becomes a national obsession, inspiring Sam's owner to fantasize about fame and fortune while emphasizing Marcy's guilt. Meanwhile, Sam intermittently takes time out to chat with the reader about his predicament, his plans to survive the "free market system" he has been forced into, and ideas concerning existentialism. Sam is quite the intellectual who understands more than humans realize, which is why they can't find him. Marcy's desperation to bring Sam home eventually leads to scandal that forces her to choose between continuing her shady lifestyle or changing her behavior despite the consequences. About the Author Debbie Ann Ice was born, raised, and tolerated on a sultry, green island on the coast of Georgia. She worked as a corporate banker in Atlanta and Charlotte, then moved to New York where she studied for her CFA and worked as an bond rating analyst, then director at a large bond rating agency. She eventually ended up married in New England and began to study writing while managing her two very special sons and her canine daughters (English bulldogs). Her stories have been published in numerous online and print publications, including Armchair Shotgun, Fence Magazine, Adirondack Review, and elimae, among others.