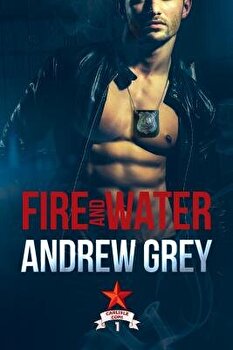 
Description Officer Red Markham knows about the ugly side of life after a car accident left him scarred and his parents dead. His job policing the streets of Carlisle, PA, only adds to the ugliness, and lately, drug overdoses have been on the rise. One afternoon, Red is dispatched to the local Y for a drowning accident involving a child. Arriving on site, he finds the boy rescued by lifeguard Terry Baumgartner. Of course, Red isn't surprised when gorgeous Terry won't give him and his ugly mug the time of day. Overhearing one of the officers comment about him being shallow opens Terry's eyes. Maybe he isn't as kindhearted as he always thought. His friend Julie suggests he help those less fortunate by delivering food to the elderly. On his route he meets outspoken Margie, a woman who says what's on her mind. Turns out, she's Officer Red's aunt. Red and Terry's worlds collide as Red tries to track the source of the drugs and protect Terry from an ex-boyfriend who won't take no for an answer. Together they might discover a chance for more than they expected--if they can see beyond what's on the surface. About the Author Andrew Grey grew up in western Michigan with a father who loved to tell stories and a mother who loved to read them. Since then he has lived all over the country and traveled throughout the world. He has a master's degree from the University of Wisconsin-Milwaukee and now works full-time on his writing. Andrew received the RWA Centennial Award in 2017. His hobbies include collecting antiques, gardening, and leaving his dirty dishes anywhere but in the sink (particularly when writing). He considers himself blessed with an accepting family, fantastic friends, and the world's most supportive and loving husband. Andrew currently lives in beautiful historic Carlisle, Pennsylvania. Email: [email protected] Website: www.andrewgreybooks.com