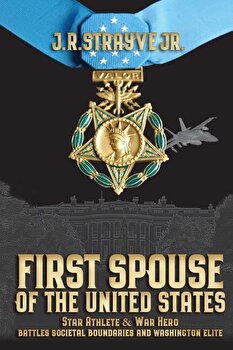 
Description Diversity in the White House is something that is paid lip service. But only lip service. Rocky and Nick experience the same passive-aggressive challenges faced by those with sexual orientations that defy societal norms. Our characters fight for the opportunity to chase their dreams and ambitions as others try to thwart their attempts to be authentic. Fear and hatred are rampant. Their love and undying support for one another steel them against the haters. Outing themselves leads to family, friends, and others ridiculing, attacking, and seeking to diminish them. Courage and commitment fuel their relentless drive to live their lives with dignity. There are horrible consequences and beautiful victories The story parallels today's political and social unrest. Politically controversial and pragmatic, witness an unlikely duo in their quest for the White House. Watch both Democrats and Republicans facilitated by a complicit media, maneuver to eat their own. The first chapter introduces Marine Corps fighter pilot Lt. Ricardo Chambers 'Rocky' receiving the Medal of Honor in the White House East Room. Most would say this is an achievement, like conquering Mount Everest. 'Rocky' is the man most men would like to be. He is the epitome of what many women would want in a man. But things are not what they appear to be. The First Lady and President callously exploit and discard our hero. Flashback to Rocky's idyllic high school years as his life takes a sudden turn, a forbidden turn. Living an inauthentic and tumultuous life, carefully sampling more of what could unmask and destroy. Heroism and prowess do not clear a path for happy-ever-after. It only muddies the water, providing cover for adversaries lying in wait, ready to spring to the surface and decimate what they covet and hate.