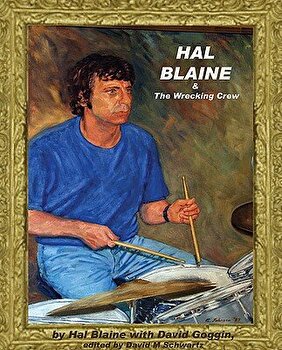 
Ever wonder what it would be like to be the most recorded musician in popular music? This updated bestselling autobiography spotlights Rock and Roll Hall of Fame inductee and drummer extraordinaire Hal Blaine and his remarkable life experiences. From the Sinatras to the Beach Boys, Blaine drumrolled through the'50s, '60s and '70s, driving over 40 songs to the Number One slot. His works with Phil Spector and the Wrecking Crew sessions, his touring experiences and other hitmaking pressure sessions are amusingly revealed in this rare glimpse into a golden age of music. Exclusive scrapbook photos round out this biography to provide an entertaining and educating book for musicians and fans alike. The update brings his life into the 21st century, including info on his inductions into the Rock and Roll Hall of Fame and the Musicians Hall of Fame in Nashville, dealing with Spector's infamous trials, and recently, the renewed interest in his golden era of recording with the documentary film on the Wrecking Crew and all the new wave of accocalades that followed.

The Beatles A to Z: The Iconic Band - From Apple to Zebra Crossings, Hardcover/Steve Wide

Christian Bale: The Inside Story of the Darkest Batman/Harrison Cheung

Midnight at the Crossroads: Has Belly Dance Sold Its Soul', Paperback/Alia Thabit

A Year in the Life of Downton Abbey: Seasonal Celebrations, Traditions, and Recipes, Hardcover/Jessica Fellowes

Carrie Fisher: A Life on the Edge, Hardcover/Sheila Weller

The Psychology of the Simpsons: D'Oh!, Paperback/Alan S. Brown

Making of Planet of the Apes, Hardcover/Jonathan Rinzler