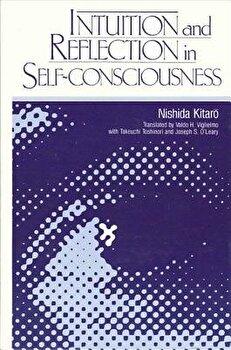 
Description Nishida Kitaro's reformulation of the major issues of Western philosophy from a Zen standpoint of "absolute nothingness" and "absolutely contradictory self-identity" represents the boldest speculative enterprise of modern Japan, continued today by his successors in the "Kyoto School" of philosophy. This English translation of Intuition and Reflection in Self-Consciousness evokes the movement and flavor of the original, clarifies its obscurities, and eliminates the repetitions. It sheds new light on the philosopher's career, revealing a long struggle with such thinkers as Cohen, Natorp, Husserl, Fichte, and Bergson, that ended with Nishida's break from the basic ontological assumptions of the West. Throughout labyrinthine arguments, Nishida never loses sight of his theme: the irreducibility and unobjectifiability of the act of self-consciousness which constitutes the self. Extensive annotation is provided for the first time in any edition of Nishida's work. Historians of Japanese philosophy and culture, and all those interested in the interaction of Eastern and Western thought-forms, now have a document which highlights many of the cultural, psychological, and intellectual dynamics that have shaped Japanese intellectual life in one of its most fascinating and ambitious manifestations.

Conversations with Mary: Messages of Love, Healing, Hope, and Unity for Everyone, Paperback/Anna Raimondi

Love from Heaven: Practicing Compassion for Yourself and Others, Paperback/Lorna Byrne

Numerology: The Romance in Your Name, Paperback/Juno Jordan

The Leap: The Psychology of Spiritual Awakening, Paperback/Steve Taylor

The Witch's Book of Shadows: The Craft, Lore & Magick of the Witch's Grimoire, Paperback/Jason Mankey

A Second in Eternity: A 'near-Death, Out of Body' Experience and a Voyage Beyond Time and Space, Into the Infinite/MR Gary L. Wimmer

The Book of Celtic Magic: Transformative Teachings from the Cauldron of Awen, Paperback/Kristoffer Hughes

Eye Chalazion: How to Remove Without Surgery: My Personal Experience and the Methods I Used for Success, Paperback/MR Richard James Clapham Phd

My Soul Pages: A Companion to Writing Down Your Soul, Paperback/Janet Conner

Your Brain on Plants: Improve the Way You Think and Feel with Safe--And Proven--Medicinal Plants and Herbs, Paperback/Nicolette Perry