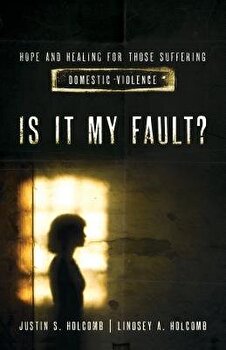 Is It My Fault?: Hope and Healing for Those Suffering Domestic Violence, Paperback/Lindsey A. Holcomb

Shattering Your Strongholds: Freedom from Your Struggles, Paperback/Liberty Savard

God Is Not Nice: Rejecting Pop Culture Theology and Discovering the God Worth Living for, Paperback/Ulrich L. Lehner

Dark Majesty Expanded Edition: The Secret Brotherhood and the Magic of a Thousand Points of Light, Paperback/Texe Marrs

Preaching While Bleeding: Is There A Prophet in the House?, Paperback/H. Beecher Hicks Jr

A Peculiar Journey: Understanding Joy in Suffering on the Road to Huruma, Paperback/Charles J. Prichard

Singing Through the Night: Courageous Stories of Faith from Women in the Persecuted Church, Paperback/Anneke Companjen

I Was Born to Destroy Hell, Paperback/Tim Ehmann

Christmas Is Not Your Birthday: Experience the Joy of Living and Giving Like Jesus, Paperback/Mike Slaughter

The Franciscan Heart of Thomas Merton: A New Look at the Spiritual Inspiration of His Life, Thought, and Writing, Paperback/Daniel P. Horan