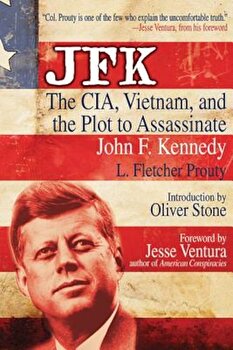 
Colonel L. Fletcher Prouty, the former CIA operative known as X, offers a history-shaking perspective on the assassination of president John F. Kennedy. His theories were the basis for Oliver Stone s controversial movie JFK . Prouty believed that Kennedy s death was a coup d etat, and he backs this belief up with his knowledge of the security arrangements at Dallas and other tidbits that only a CIA insider would know (for example, that every member of Kennedy s cabinet was abroad at the time of Kennedy s assassination). His discussion of the elite power base he believes controlled the U.S. government will scare and enlighten anyone who wants to know who was really behind the assassination of John F. Kennedy."

True Sex: The Lives of Trans Men at the Turn of the Twentieth Century, Hardcover/Emily Skidmore

Women of the Raj: The Mothers, Wives, and Daughters of the British Empire in India, Paperback/Margaret MacMillan

The Pyramids and the Pentagon: The Government's Top Secret Pursuit of Mystical Relics, Ancient Astronauts, and Lost Civilizations, Paperback/Nick Redfern

Beneath the Surface: Killer Whales, Seaworld, and the Truth Beyond Blackfish, Paperback/John Hargrove

Like a Hurricane: The Indian Movement from Alcatraz to Wounded Knee, Paperback/Paul Chaat Smith

The Reflective Practitioner: How Professionals Think in Action, Paperback/Donald A. Schon

The Far Away Brothers: Two Young Migrants and the Making of an American Life, Paperback/Lauren Markham

Harlem Is Nowhere: A Journey to the Mecca of Black America, Paperback/Sharifa Rhodes-Pitts

Slaughterhouse: The Shocking Story of Greed, Neglect, and Inhumane Treatment Inside the U.S. Meat Industry, Paperback/Gail A. Eisnitz

Gender, Sex and Gossip in Ambridge: Women in the Archers, Paperback/Cara Courage

We Should All Be Mirandas: Life Lessons from Sex and the City's Most Underrated Character, Hardcover/Chelsea Fairless

The Biopolitics of Feeling: Race, Sex, and Science in the Nineteenth Century, Paperback/Kyla Schuller