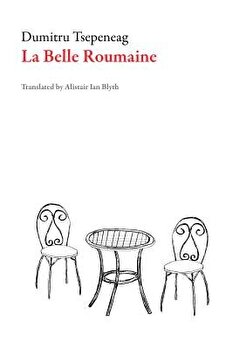 
La Belle Roumaine tells the story of Ana, a beautiful and bewitching Romanian woman. Shuttling between the capital cities of Europe, the novel follows Ana as she seduces cafe owners, philosophers, and wandering emigrants alike, each receiving a different version of her life story. To some, she's a former nurse, to others, a former spy. To some she's French and to others, Romanian. As each new layer of fabrication is added, the mystery of Ana and of what she's running from grow apace.