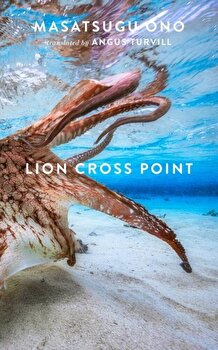 
By the winner of the Akutagawa Prize, Japan's most prestigious literary award How does a shy, traumatized boy overcome the shame, anger, and sadness that silence him? In Lion Cross Point , celebrated Japanese author Masatsugu Ono turns his gentle pen to the mind of ten-year-old Takeru, who arrives at his family's home village amid a scorching summer, carrying memories of unspeakable acts against his mother and brother. As Takeru befriends Mitsuko, his new caretaker, and Saki, his spunky neighbor, he meets more of his mother's old friends, discovering her history and inching toward a new idea of family and home. All the while he begins to see a strange figure called Bunji--the same name as a delicate young boy who mysteriously vanished long ago on the village's breathtaking coastline at Lion Cross Point. At once a subtle portrayal of a child's sense of memory and community, an empowering exploration of how we find the words to encompass our trauma, and a spooky Japanese ghost story, Lion Cross Point is gripping and poignant, reminiscent of Kenzaburō Ōe's best work. Acts of heartless brutality mix with surprising moments of pure kindness, creating this utterly truthful, cathartic tale of an unforgettable young boy.