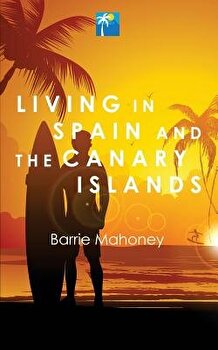 Living in Spain and the Canary Islands/Barrie Mahoney


Description Looking for a new life in Spain and the Canary Islands? Forget the horror and chaos of Brexit, the misery of cold and wet weather, and head for a new and exciting life in the sun. In this new book, the ninth in the popular 'Letters from the Atlantic' series, author, columnist and blogger, Barrie Mahoney, looks at life in Spain and the Canary Islands from a different angle. Life is short, so live your dream About the author Barrie Mahoney worked as a teacher and head teacher in the south west of England, and then became a school inspector in England and Wales. A new life and career as a newspaper reporter in Spain's Costa Blanca led to him launching and editing an English language newspaper in the Canary Islands. Barrie's books include novels in 'The Prior's Hill Chronicles' series, as well as books for expats in the 'Letters from the Atlantic' series, which give an amusing and reflective view of life abroad. Barrie writes regular columns for newspapers and magazines in Spain, Portugal, Ireland, Australia, South Africa, Canada, UK and the USA. He also designs websites to promote the Canary Islands and living and working abroad, and is often asked to contribute to radio programmes about expat life. Visit the author's websites: http: //barriemahoney.com http: //thecanaryislander.com

Blood River: The Terrifying Journey Through the World's Most Dangerous Country, Paperback/Tim Butcher

111 Places in Cambridge That You Shouldn't Miss, Paperback/Rosalind Horton

Painting in Cappadocia: A Guide to the Sites and Byzantine Church Decoration, Paperback/Cecily Jane Hennessy

A Valentine for Frankenstein/Leslie Kimmelman

Love of Country: A Journey Through the Hebrides, Hardcover/Madeleine Bunting

The Zinester's Guide to Portland: A Low/No Budget Guide to the Rose City, Paperback/Shawn Granton