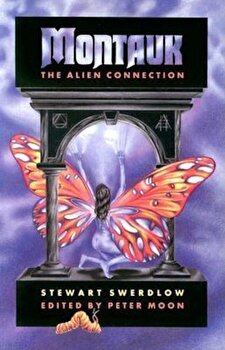 
Reveals the most amazing story yet to surface in the area of alien abduction. This is an autobiographical and factual account from Swerdlow, a gifted mentalist who was born clairvoyant but haunted by strange time-space scenarios. After suffering alien abductions and government manipulations, Stewart met Nichols and discovered his own role in time travel experiments, known as the Montauk Project. After refusing to break his association with Nichols, Stewart was incarcerated by the authorities but the truth began to reveal itself. Struggling for his life, Stewart used his mental abilities to overcome the negative influences surrounding him and ultimately discovered the highest common denominator in the alien equation -- an interdimensional language which communicates to all conscious beings.

The Ultimate Guide to Tarot: A Beginner's Guide to the Cards, Spreads, and Revealing the Mystery of the Tarot, Paperback/Liz Dean

The Healing Secrets of the Ages, Paperback/Catherine Ponder

Drawing Down the Moon: Witches, Druids, Goddess-Worshippers, and Other Pagans in America, Paperback/Margot Adler

Ascension Cards: Accelerate Your Journey to the Light, Paperback/Diana Cooper

Health and the Law of Attraction Cards, Paperback/Esther & Jerry Hicks

The Biogenealogy Sourcebook: Healing the Body by Resolving Traumas of the Past, Paperback/Christian Fleche

Tarot at a Crossroads: The Unexpected Meeting of Tarot & Psychology, Hardcover/Kooch N. Daniels