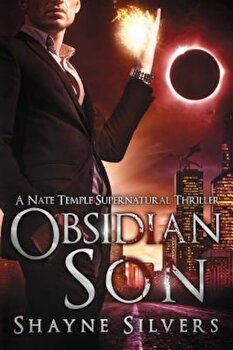 
Contributor(s): Author: Shayne Silvers A city that doesn't believe in magic. Bloodthirsty weredragons. Good thing this reckless playboy has superpowers. Nate Temple has authority issues. As a reckless playboy living the lifestyle only a billionaire heir could, he easily earns the hatred and envy of everyone in St. Louis - especially the monsters. But that tends to happen when you're also secretly a wizard... and your idea of fun is cow-tipping the reformed Buddhist Minotaur, asking too many questions, and instinctively thumbing your nose at anyone more powerful than you. Shape-shifting dragons are dead set on taking over his city. Nate, never one to back down from an impossible fight, joins his closet-werewolf, FBI Agent friend, to stake a flag under the St. Louis Arch, declaring it immune to a reptile dysfunction. But dragons begin to crawl out of the stonework, hungry for a fire-roasted wizard and werewolf kabob. Temple finds his magical anonymity challenged by the journalistic efforts of the five o'clock news. Nate must learn the truth of a stunning betrayal that leads all the way back to his parents' murder if he hopes to save everyone he cares about. But not before he wraps up a little bit of dragon hunting. Obsidian Son is the first installment in the Nate Temple series of Supernatural Thrillers, and is said by readers to be a fine addition to the shelves beside the Greats themselves: Jim Butcher, Kevin Hearne, and Patrick Rothfuss.