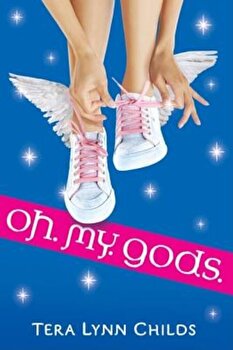 
When Phoebe's mom returns from Greece with a new husband and plans to move to an island in the Aegean Sea, Phoebe's well-plotted senior year becomes ancient history. Now, instead of enjoying a triumphant track season and planning for college with her best friends, Phoebe is trying to keep her head above water at the berexclusive Academy. If it isn't hard enough being the new kid in school, Phoebe's classmates are all descendents of the Greek gods When you're running against teammates with superpowers, dealing with a stepsister from Hades, and nursing a crush on a boy who is quite literally a god, the drama takes on mythic proportions