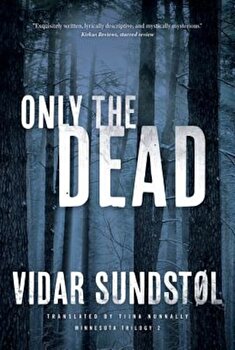 
A Norwegian tourist has been found murdered on the shore of Lake Superior right where an Ojibwe man may have been killed more than one hundred years earlier. Four months later, the official investigation is supposedly over but still not resolved, and U.S. Forest Service officer Lance Hansen, drawn into the mystery by his grisly discovery of the body, is uncovering clues disturbingly close to home. His former father-in-law, Willy Dupree, may hold the key to the century-old murder of Swamper Caribou. And his own brother, Andy, might know more than he s telling more than he should know about the recent homicide. The relationship between the brothers takes a dangerous turn as their annual deer hunt becomes a deadly game. Steeped in the rich history of Lake Superior s rugged North Shore, this follow-up to the Riverton Prize winning "The Land of Dreams "pursues two tales through a bleak and beautiful landscape haunted by the lives and dreams of its Scandinavian immigrants and Native Americans. Hansen finds himself equally haunted by the complex mysteries that continue to unravel around him. "