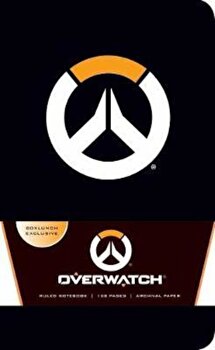 
Become a hero in Blizzard Entertainment's epic multiplayer video game, Overwatch, with this stunning ruled notebook. In Overwatch, players team up as squads of heroes to combat enemies and complete objectives. From Blizzard Entertainment, the developer of World of Warcraft, this multiplayer, first-person shooter game has garnered legions of fans with its compelling narrative and variety of characters, each with their own unique roles and abilities. This finely crafted ruled notebook features a selection of artwork from the game, and is perfect for devising strategies and taking notes as you unlock each hero's potential.

Moon: 100 Piece Puzzle. Featuring Photography from the Archives of NASA/***

Reflections on My Baby. A Journal, Paperback/Weldon Owen