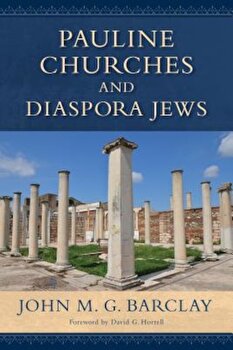 
Seminal essays from a leading New Testament scholar For the past twenty years, John Barclay has researched and written on the social history of early Christianity and the life of Jews in the Mediterranean Diaspora. In this collection of nineteen noteworthy essays, he examines points of comparison between the early churches and the Diaspora synagogues in the urban Roman world of the first century. With an eye to such matters as food, family, money, circumcision, Spirit, age, and death, Barclay examines key Pauline texts, the writings of Josephus, and other sources, investigating the construction of early Christian identity and comparing the experience of Paul's churches with that of Diaspora Jewish communities scattered throughout the Roman Empire.