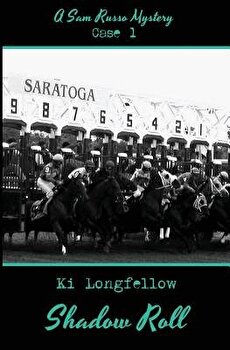 
It's 1948. We're on Staten Island where no one who is anyone would ever set foot. We're with Sam Russo, a neglected graduate of the Staten Island Home for Children. Self-named and self-styled, Russo's not long back from World War II where his unit fought on the Pacific Front with the very last of America's mounted troops. A dreamer with the gift of gab, Russo is now a young private eye who'd like to follow in the hard-boiled footsteps of Bogart's Philip Marlowe or Bogart's Sam Spade-if only he was hard-boiled. In this, his first serious case, it's a dream come true. Sam has two loves: racehorses and books. Now he's up to his hocks in the murders of three promising young jockeys in Saratoga Springs at America's oldest race track. The police want it all shoved under the carpet, the track wants three deaths to be three strange accidents, Sam Russo wants to prove he's a real Private Eye. Race horses, a gorgeous sassy dame, the Season at Saratoga, what more could a PI want? To survive it.