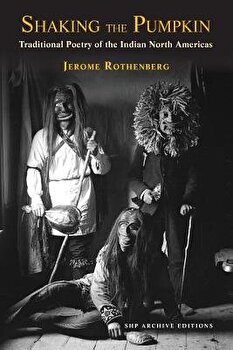 
In the aftermath of Technicians of the Sacred (1968) the next step Jerome Rothenberg took toward the construction of an experimental ethnopoetics was an assemblage of traditional works and commentaries thereon focused entirely on one of the world's still surviving and incredibly diverse deep cultures. The resultant work, Shaking the Pumpkin: Traditional Poetry of the Indian North Americas , is the Mount Rushmore not only of literary archeology but also for understanding the forms, conditions and promise of being American, which Walt Whitman, among others, holds is being a poet.