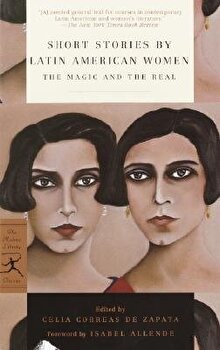 
Celia Correas de Zapata, an internationally recognized expert in the field of Latin American fiction written by women, has collected stories by thirty-one authors from fourteen countries, translated into English by such renowned scholars and writers as Gregory Rabassa and Margaret Sayers Peden. Contributors include Dora Alonso, Rosario Ferr , Elena Poniatowska, Ana Lydia Vega, and Luisa Valenzuela. The resulting book is a literary tour de force, stories written by women in this hemisphere that speak to cultures throughout the world. In her Foreword, Isabel Allende states, "This anthology is so valuable; it lays open the emotions of writers who, in turn, speak for others still shrouded in silence." About the Author: Celia Correas de Zapata is the author of Isabel Allende: Vida y Esp ritu , as well as many articles and essays. Isabel Allende , one of Latin America's foremost writers, is the author of numerous books, including The House of the Spirits , Of Love and Shadows , Eva Luna , and Paula .