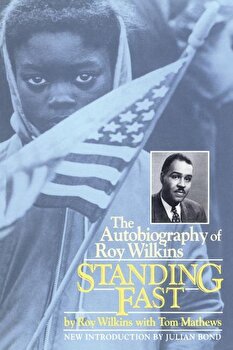 
Description "There are books which change you just in the reading, and Roy Wilkins has written such a book. Spanning more than a century, it's as much the story of a movement as of a man. . . . With an extraordinary blend of passion and restraint, he chronicles the slow, unfinished process of America's emergence from racism. . . . We need this book, because such battles often don't stay won and have to be refought in each generation."-- Christian Science Monitor History will remember Roy Wilkins (1901-1981) as one of the great leaders of the twentieth century for his contributions to the advancement of civil rights in America. For nearly half a century--first as assistant secretary, also succeeding W. E. B. Dubois as editor of The Crisis , and finally succeeding Walter White as executive director--Roy Wilkins served and led the N.A.A.C.P. in their fight for justice for African Americans. Wilkins was a relentless pragmatist who advocated progressive change through legal action. He participated or led in the achievement of every major civil rights advance, working for the integration of the army, helping to plan and organize the historic march on Washington, and pushing every president from Franklin Roosevelt to Jimmy Carter to implement civil rights legislation. This is a dramatic story of one man's struggle for his people's rights, as well as a vivid recollection of the events and the people that have shaped modern black history. Introduction by Julian Bond About the Author Tom Mathews, who contributed to this edition, is a senior editor for Newsweek.