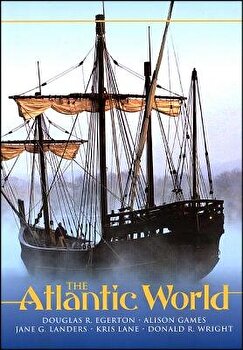 
Before the voyage of Columbus in 1492, the Atlantic Ocean stood as a barrier to contact between the people (and their ideas and institutions), plants, animals, and microbes of Eurasia and Africa on the one hand and the Americas on the other. Following Columbus's voyage, the Atlantic turned into a conduit for transferring these things among the four continents bordering the ocean in ways that affected people living on each of them. The appearance of The Atlantic World marks an import

Ghosts from Our Past: Both Literally and Figuratively: The Study of the Paranormal, Paperback/Erin Gilbert

Jane Austen in Scarsdale: Or Love, Death, and the Sats, Paperback/Paula Marantz Cohen