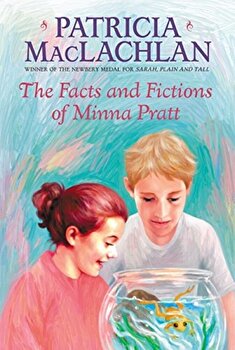 The Facts and Fictions of Minna Pratt, Paperback/Patricia MacLachlan


Minna wishes for many things. She wishes she understood the quote taped above her mother's typewriter: Fact and fiction are different truths . She wishes her mother would stop writing long enough to really listen to her. She wishes her house were peaceful and orderly like her friend Lucas's. Most of all, she wishes she could find a vibrato on her cello and play Mozart the way he deserves to be played. Minna soon discovers that some things can't be found-they just have to happen . And as she waits for her vibrato to happen, Minna begins to understand some facts and fictions about herself.