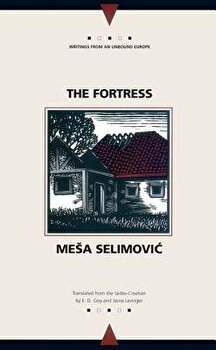 
The Fortress is one of the most significant and fascinating novels to come out of the former Yugoslavia. Published as Tvrdava in Serbian, it is the tenth and among the best-known novels by Mesa Selimovic (1910-1982). In the novel, Ahmet Shabo returns home to seventeenth-century Sarajevo from the war in Russia, numbed by the death in battle or suicide of nearly his entire military unit. In time he overcomes the anguish of war, only to find that he has emerged a reflective and contemplative man in a society that does not value, and will not tolerate, the subversive implications of these qualities. Set in Bosnia in the late 1700s, the novel sometimes functions as an artful metaphor for the communist Yugoslavia of Selimovic's day. At other times, the author explores the nuances of Ottoman rule in the Balkans. Muslim Ahmet's sustaining marriage to a young Christian woman provides a multicultural tension that strongly resonates with contemporary readers and sensibilities. About the Author: Mesa Selimovic (1910-82) is one of the most significant writers to emerge from Bosnia and Herzegovina. Born in Sarajevo, of Muslim descent, he brought to the literature of Yugoslavia an unprecedented psychological subtlety and an existential concern for characters at crucial moments of their lives. His novel Death and the Dervish was published by Northwestern University Press in 1996. E. D. Goy was a lecturer in Slavonic studies at Cambridge for thirty-five years until his retirement in 1990. Jasna Levinger was a lecturer in English language and sociolinguistics at the Universities of Sarajevo and Novi Sad. She now lives in Cambridge.

The Phantom of the Opera, Paperback/Gaston LeRoux

I Will Find You: Solving Killer Cases from My Life Fighting Crime, Paperback/Joe Kenda

Warrior Workouts, Volume 1: Over 100 of the Most Challenging Workouts Ever Created, Paperback/Stewart Smith

Life with My Family, Hardcover/Renee Hooker

People of the Book, Paperback/Geraldine Brooks