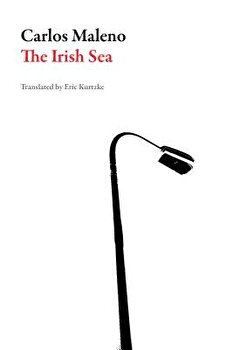 
At a New Year's Eve party, a dead woman turns up alive again, after passing through a mysterious post-mortem way station located on another planet, and much to the disbelief of her old flame, who interprets the night's events with the help of his reading of Kafka. A priest is sent by the Vatican to investigate a strange development in the American cattle market: a breed of cows identical in all physical respects to human women. A man leaves his wife and flees to the north of Spain, where he meets a sickly woman in an empty cafe, introduces himself as Jorge Walser, and makes plans with her to disappear. Aboard a trans-atlantic cruise, a door-to-door vacuum salesman bumps into a woman who appears to be Natassja Kinski, and they swap tall tales as the ship floats them asymptotically toward world's end. Christ turns out to be a girl who fronts a punk band. The words of such writers as Beckett, Walser, Chekhov, Gombrowicz, Bolano, Kafka, Blanchot, and Borges are characters in themselves. The Irish Sea is a novel masquerading as a book of short stories. A meditation on the paradox of nostalgia, which always seems to pine for what never was. A fevered search for order through writing, of truth through literature, of the nodal point where life and literature intersect. A strange personal gallery curated by a razor-sharp reader and his other, unknown self.