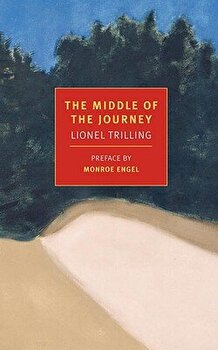 
Published in 1947, as the cold war was heating up, Lionel Trilling's only novel was a prophetic reckoning with the bitter ideological disputes that were to come to a head in the McCarthy era. The Middle of the Journey revolves around a political turncoat and the anger his action awakens among a group of intellectuals summering in Connecticut. The story, however, is less concerned with the rights and wrongs of left and right than with an absence of integrity at the very heart of the debate. Certainly the hero, John Laskell, staging a slow recovery from the death of his lover and a near-fatal illness of his own, comes to suspect that the conflicts and commitments involved are little more than a distraction from the real responsibilities, and terrors, of the common world. A detailed, sometimes slyly humorous, picture of the manners and mores of the intelligentsia, as well as a work of surprising tenderness and ultimately tragic import, The Middle of the Journey is a novel of ideas whose quiet resonance has only grown with time. This is a deeply troubling examination of America by one of its greatest critics. About the Author Lionel Trilling (1905-1975) was an American literary critic, author, and University Professor at Columbia University. Among the most influential of his many works are two collections of essays, The Liberal Imagination and The Opposing Self ; a critical study of E.M. Forster; and one novel, The Middle of the Journey . Monroe Engel was for many years director of the creative writing program at Harvard University. His books include Fish and Statutes of Limitations .