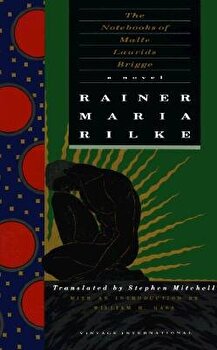 
This is the definitive, widely acclaimed translation of the major prose work of one of our century's greatest poets -- "a masterpiece like no other" (Elizabeth Hardwick) -- Rilke's only novel, extraordinary for its structural uniqueness and purity of language. First published in 1910, it has proven to be one of the most influential and enduring works of fiction of our century. Malte Laurids Brigge is a young Danish nobleman and poet living in Paris. Obsessed with death and with the reality that lurks behind appearances, Brigge muses on his family and their history and on the teeming, alien life of the city. Many of the themes and images that occur in Rilke's poetry can also be found in the novel, prefiguring the modernist movement in its self-awareness and imagistic immediacy. About the Author: Rainer Maria Rilke (1875-1926) was one of the greatest lyric German-language poets. Born in Prague, he published his first book of poems, Leben und Lieber, at age 19. In 1897 he met Lou Andreas-Salom , the talented and spirited daughter of a Russian army officer, who influenced him deeply. In 1902 he became a friend, and for a time the secretary, of Rodin, and it was during his 12-year Paris residence that Rilke enjoyed his greatest poetic activity. In 1919 he went to Switzerland where he spent the last years of his life. It was there that he wrote his last two works, Duino Elegies (1923) and Sonnets to Orpheus (1923).