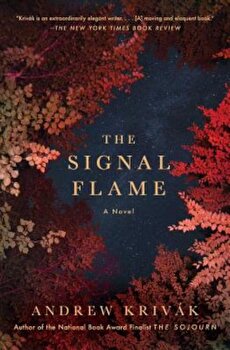 
The stunning second novel from National Book Award finalist Andrew Krivak--"an extraordinarily elegant writer, with a deep awareness of the natural world" ( The New York Times Book Review )--tells the heartbreaking, captivating story about a family awaiting the return of their youngest son from the Vietnam War. In a small town in northeastern Pennsylvania, Hannah and her son Bo mourn the loss of the family patriarch, Jozef. They were three generations under one roof; a war-haunted family in a war-torn century. Jozef was conscripted into the Austro-Hungarian army in World War I. His American-born daughter's husband, Bexhet, an immigrant, fights in World War II--returning to Dardan, Pennsylvania, only to be taken in a hunting accident on Hannah's family's land. Finally, Hannah's younger son, Sam, goes MIA in Vietnam. And so there is only Bo, a quiet man full of sorrow and conviction and a firstborn's sense of duty. He is left to grieve but also to hope for reunion, to fall in love and create a new life, to embrace the land and work its mountain soil. The Signal Flame is a stirring exploration--the second stand-alone novel in a trilogy that began with the National Book Award finalist The Sojourn --of generations of men and the events that define them, brothers who take different paths, the old European values yielding to new world ways, and the convalescence of memory and war. Beginning shortly after Easter in 1972 and ending on Christmas Eve--as the Vietnam War winds down--this ambitious novel honors the cycles of earth and body, humming with blood and passion, and it confirms as a writer of extraordinary vision and power. Andrew Krivak's The Signal Flame is "a complex and layered portrait of a time and place, and a family shaped, generation after generation, by the memory of war" ( The Boston Globe ).

A Nation Under Our Feet: Black Political Struggles in the Rural South from Slavery to the Great Migration, Paperback/Steven Hahn

Secrets from the Center of the World, Paperback/Joy Harjo

A Place for Us, Hardcover/Fatima Farheen Mirza

Concerning the Holy Ghost's Interpretation of J. Crew Catalogues, Paperback/Elizabeth A. I. Powell

God Has No Grandchildren, Paperback/Kyong-Uk Kim