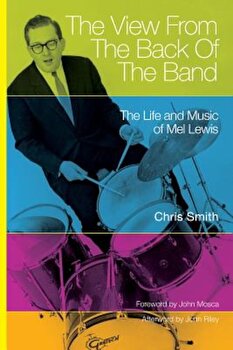 
Mel Lewis (19291990) was born Melvin Sokoloff to Jewish Russian immigrants in Buffalo, New York. He first picked up his father s drumsticks at the age of two and at seventeen he was a full-time professional musician. ``The View from the Back of the Band`` is the first biography of this legendary jazz drummer. For over fifty years, Lewis provided the blueprint for how a drummer could subtly support any musical situation. While he made his name with Stan Kenton and Thad Jones, and with his band at the Village Vanguard, it was the hundreds of recordings that he made as a sideman and his ability to mentor young musicians that truly defined his career. Away from the drums, Lewis's passionate and outspoken personality made him one of jazz music's greatest characters. It is often through Lewis's own anecdotes, as well as many from the musicians who knew him best, that this book traces the career of one of the world s greatest drummers. Previously unpublished interviews, personal memoirs, photos, musical transcriptions, and a selected discography add to this comprehensive biography.