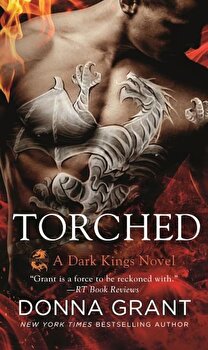 
The King of Silvers. Cunning, perceptive, resourceful. Determined. Banished from Dreagan eons ago because of a betrayal that shattered his entire existence, his sole focus in life is to exact revenge against the Dragon Kings. A formidable fighter with centuries of rage on his side, Ulrik will stop at nothing to take down those who exiled him. He has been alone, trusting no one for thousands of years. Until she walks into his life. He should not yearn for her, but there is no stopping the fiercely burning attraction. When he's with her, he isn't thinking of war or revenge. He only thinks of her, craves her. Burns for her. But soon he will be forced to choose: Will he continue on his course of destruction or will he be able to set aside his vengeance to save the woman who risked everything for him.