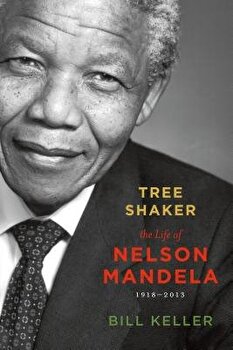 
He was a child of royalty, born and raised to defend tradition. But his African name--Rolihlahla, meaning "tree shaker"--hinted at a very different future. Nelson Mandela would spend most of his life shaking his country to its roots. For challenging the cruel system of apartheid, Mandela would be condemned as South Africa's most notorious outlaw and spend more than twenty-seven years in prison. He would emerge to lead a peaceful revolution, becoming the father of a new South Africa and one of the world's most inspiring heroes. The new updated edition of New York Times veteran Bill Keller's moving biography looks back on Mandela's life, offering a clear-eyed view of his legacy and bringing his remarkable story to a new generation of readers. About the Author BILL KELLER has worked at The New York Times for more than twenty years, serving as executive editor, domestic correspondent, foreign correspondent, foreign editor, managaing editor, and currently as an op-ed columnist. He is the author of The Tree Shaker , among other books. He won a Pulitzer Prize for his coverage of the Soviet Union in 1989 and was chief of the Johannesburg bureau from 1192 to 1195, witnessing firsthand the remarkable events that led to the first free election in South Africa. He lives in New York.

Tell Me What You Remember: Clothes, Paperback/Sarah Ridley

Mr Gum and the Secret Hideout: Children's Audio Book. Performed and Read by Andy Stanton (8 of 8 in the Mr Gum Series), CD-Audio/Andy Stanton

Mr Gum and the Biscuit Billionaire: Children's Audio Book. Performed and Read by Andy Stanton (2 of 8 in the Mr Gum Series), CD-Audio/Andy Stanton