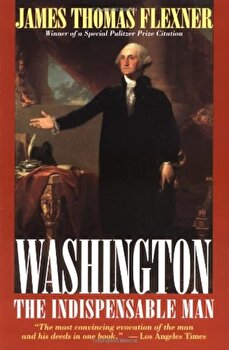 
After more than two decades, this dramatic and concise single-volume distillation of James Thomas Flexner's definitive four-volume biography George Washington, which received a Pulitzer Prize citation and a National Book Award for the fourth volume, has itself become an American classic. Now in a new trade paperback edition, this masterful work explores the Father of Our Country - sometimes an unpopular hero, a man of great contradictions, but always a towering historical figure, who remains, as Flexner writes in these pages, a fallible human being made of flesh and blood and spirit - not a statue of marble and wood... a great and good man. The author unflinchingly paints a portrait of Washington: slave owner, brave leader, man of passion, reluctant politician, and fierce general. His complex character and career are neither glorified nor vilified here; rather, Flexner sets up a brilliant counterpoint between Washington's public and private lives and gives us a challenging look at the man who has become as much a national symbol as the American flag.